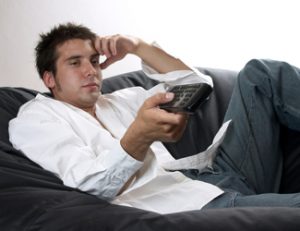 It may be possible to identify glaucoma and other eye diseases by observing the eye movements of people as they watch television.

A team of researchers at City University London put this idea to the test by comparing 44 patients with glaucoma against 32 elderly patients who had good vision. Eye tracking devices were used to record every patient’s eye movements as they watched three television and film clips on a computer.

The researchers were able to note which scenes the participants could focus on and which they were missing. Saccade maps were then produced to compile these movements and identify which participants had failing vision, especially in the peripheral sections. A gradual decline in peripheral vision is a common symptom of primary open-angle glaucoma in San Clemente.

Even if you have inherited good vision from your parents or have undergone LASIK vision correction in San Clemente to correct your refractive errors, it is important to remember that anyone can get glaucoma. Because this eye disease is often “silent” (without major symptoms in the early stages) television vision testing may help to identify the disease for early treatment.

Regular eye exams will also detect eye diseases such as glaucoma. During these exams, you may also find out that you are a good candidate for vision correction procedures like San Clemente LASIK. The doctors at Harvard Eye Associates have performed thousands of vision correcting and vision saving procedures as well as treatments to protect failing eyesight.